Those of us who live here know that Manistee County is a place of extraordinary beauty.  But, few people understand it better than Bob Paetschow.  His stunningly beautiful nature photography is the result of a lifetime passion for capturing the splendor of Manistee County wildlife – especially its tiniest residents: the birds and insects. 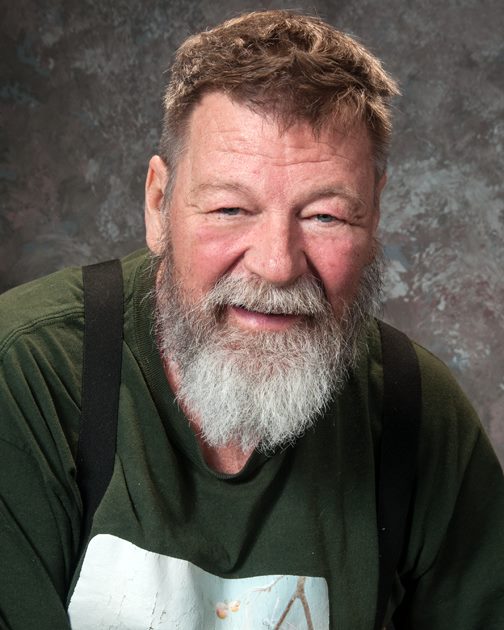 Bob’s interest started as a child when he followed his Dad, an offset cameraman, around the darkroom; his job was to agitate the film.  In the 70’s, after his longtime friend, Bill Ferguson bought a Pentax camera, Bob plunged in. He bought his own camera, set up a darkroom and began working, reading, and studying.  He  took classes at West Shore Community College where he also worked in the AV Dept.  That led him to the local newspaper, the Manistee News Advocate, where he worked for many years as staff photographer.  This was  followed by 21 years at Hokanson’s Camera where he, once again, teamed up with Ferguson.  Each experience allowed him to stretch his talent and fine tune his technical skills which are evident in his impressive work.  As Bob explains, “With a camera, I became fascinated by the natural world: bugs, birds, and the beautiful Michigan scenery. 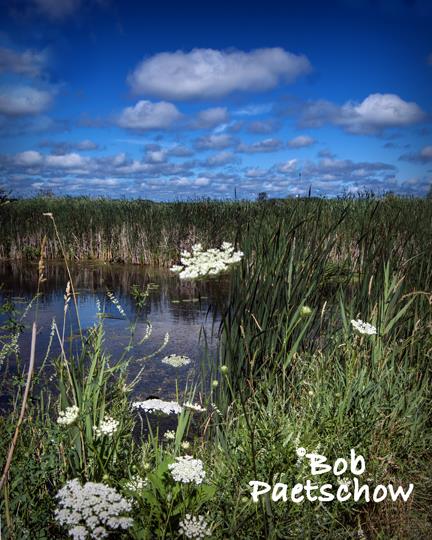 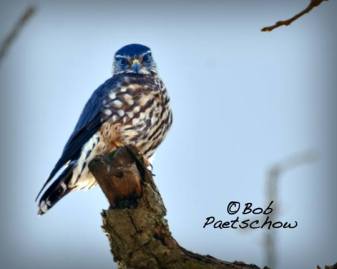 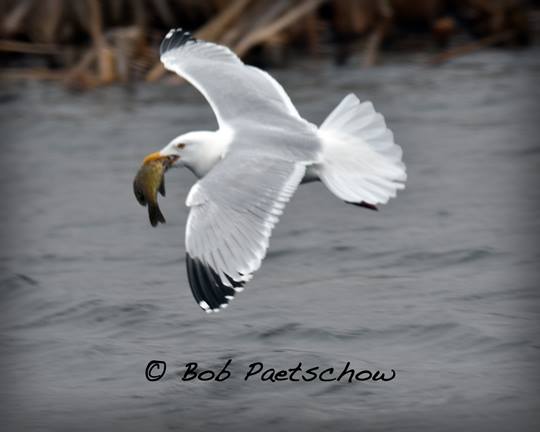 His first bird photo was of a rose-breasted Grosbeak taken in black and white with a Minolta SRT and 135mm lens.  Bob added, “At the time, I hoped that someday I would be able to afford a longer lens.”  Today, he has quite an arsenal of equipment and camouflage to enable him to capture even the shyest of subjects.

The other necessity  for his success is extreme patience.  He spends hours quietly waiting for the perfect shot.  He tells of waiting for over an hour in a full Gilley Suit with a grass-like hood and parka watching a female Ruby-crowned Kinglet.  She finally turned and showed herself allowing for a spectacularly detailed photo.  But according to Bob, “I couldn’t believe it was over an hour; it felt like five minutes!”

On any given day, he can be found on First Street pier, Bar Lake Outlet, Penny Park, or by the fish cleaning station.  Other haunts include the Manistee Marsh on M-55 or Linke’s Pond – where he advises to watch out for ticks.   However, a fair number of his perched bird photos are of the visitors to the bird feeders in his backyard.

These little house wrens (Troglodytes aedon – Bob usually includes the scientific name with his pictures) were in the midst of nesting.  According to Bob, “It is a steady flow of insects to hungry hatchlings. Spiders, moths and butterflies; also bees, flies and ants. Here are some photos of the tasty morsels… I drove a stake into the ground to hold a raspberry cage from falling over.  It turned out to be the right height and a great perch with a short access to the nesting box. “

With so many images to choose from, it was difficult to decide what to include.  Below are several beauties from Bob’s collection. 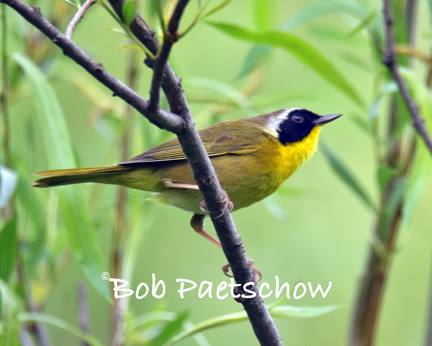 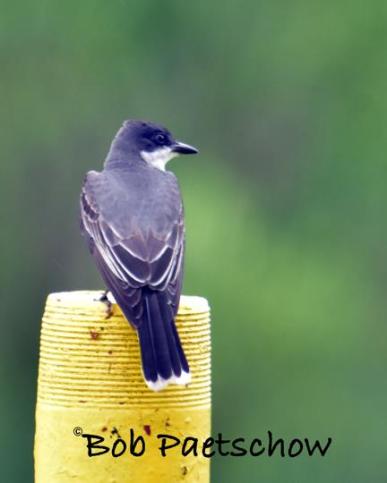 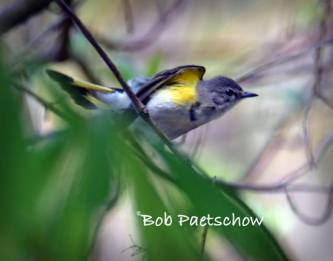 Perched birds are only one small part of Bob’s work.  He spends countless hours in the marshes and on the lakeshore to capture the wading and aquatic birds that call this area home – for at least part of the year. 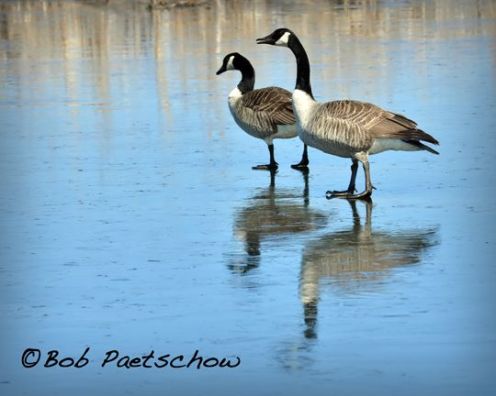 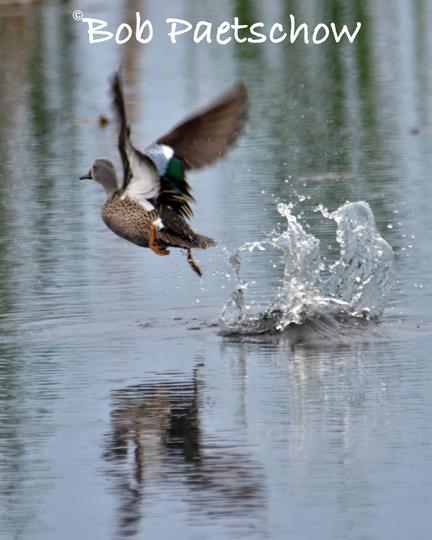 Beach birds are often ignored by beach goers.  We notice them as beach background sound effects or dots on the horizon.  However, they appear as stars in Bob’s photography, from an array of gulls to the endangered Piping Plover. 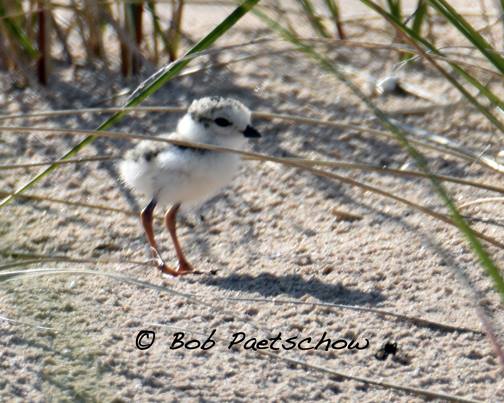 Bob braves all seasons to capture his images.  The migration seasons bring many feathered visitors making a stop on their way to different climates and distant locations.  Summer provides beautiful backdrops and colorful frames for his subjects.  But even in winter, there are spectacular pictures to capture.

One particularly exquisite collection of Bob’s is of a group of Wax Wings in the snow.  The birds seem to glow as they enjoy a meal of winter berries. 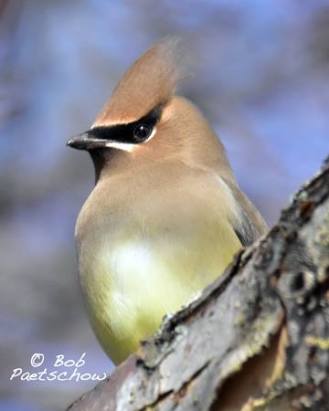 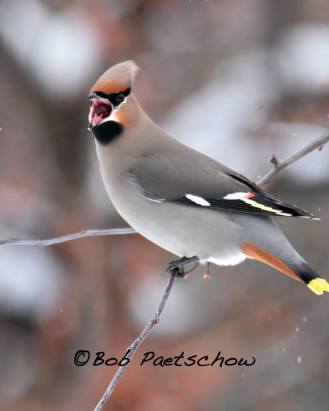 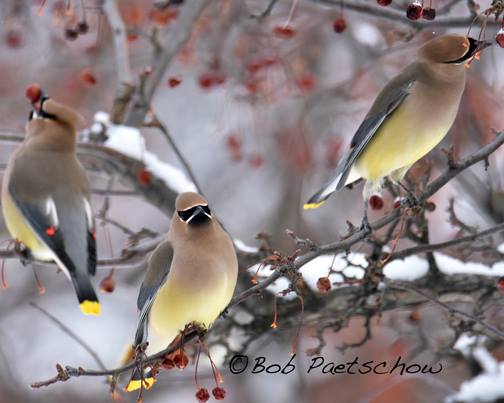 Though his subjects appear to pose for him, these remarkable photos represent hours of patiently waiting for the perfect shot.  And then, they take off and soar! 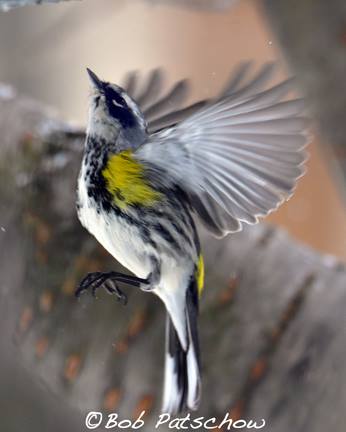 One of my favorite combinations was a group of Sandhill Cranes coming in for a landing.  As Bob puts it, “it looks like their landing gear is down.”

Insects are another of Bob’s interests and he captures them in all of their miniature glory.  Ever busy, they have the best places to work, in the lush greenery of wetlands or among the  flowers of a summer garden. 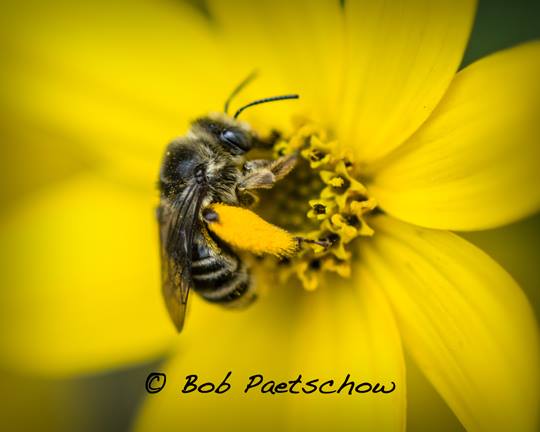 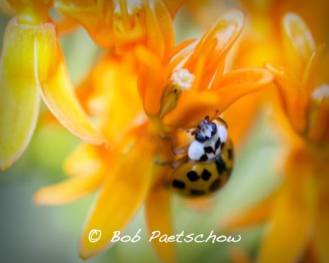 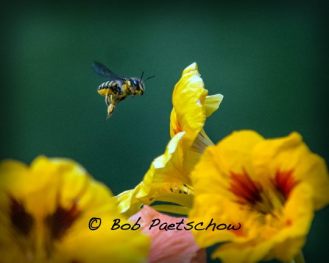 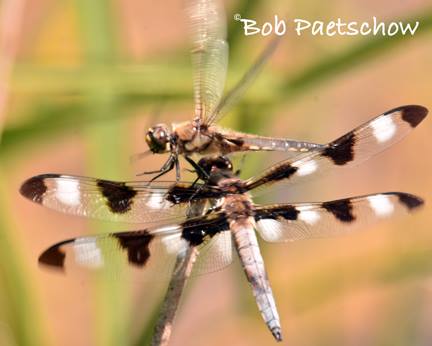 These selections are only a fraction of his beautiful photography. The rest can be found on his facebook page.  And, if you “like” it as I do, you will be treated with a constant flow of lovely images.

Bob Paetschow’s work reminds us to take a break from gazing at the sunset, or across the big lake, or at any number of our glorious natural vistas, and look around at the small, tender, and infinitely spectacular beauty that surrounds us every time we venture out of doors in Manistee County.

His work is a true treasure as is he.  Thanks Bob! 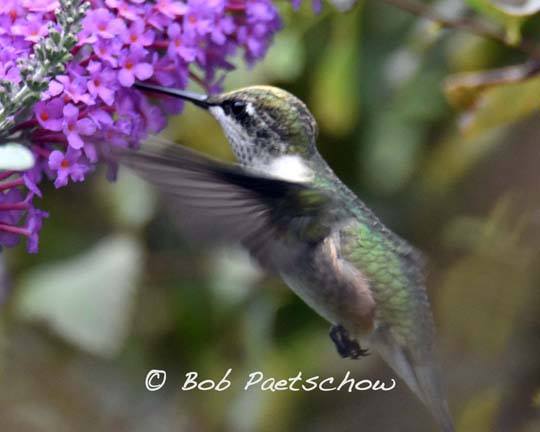 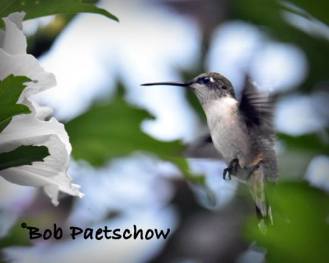